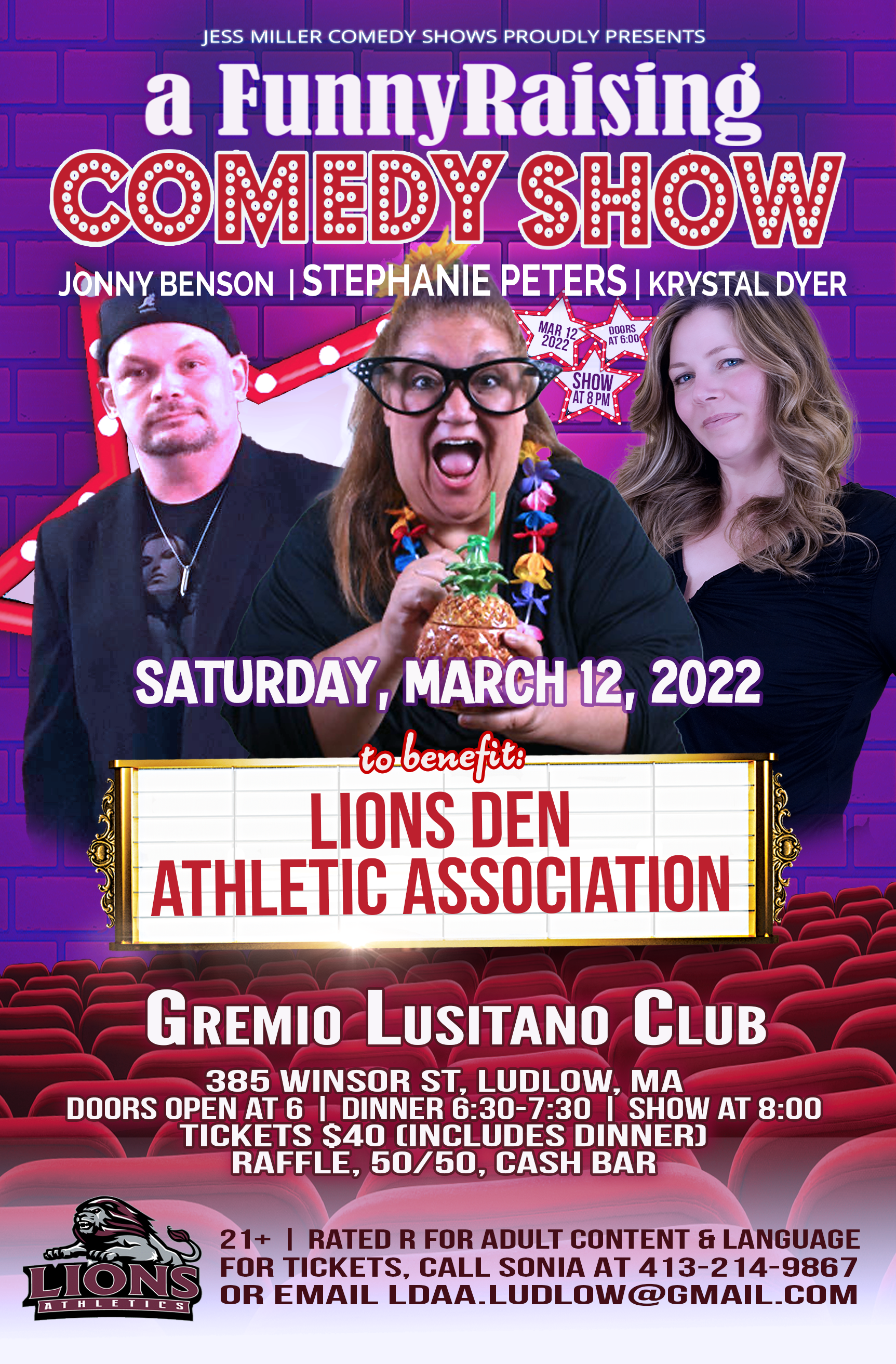 Grab a bite to eat with a few friends then join us for a comedy night fundraiser to benefit the Lions Den Athletic Association.

It’s a night you won’t want to miss!

Fundraiser will include raffles, 50/50 and cash bar.

In just one year, Stephanie skyrocketed from playing tiny clubs in Boston’s
suburbs to strutting her own brand of bawdiness in Leary’s
“Comics Come Home” benefit, where she shared the limelight with Clarke, Wright and Jay Mohr.

Peters then won the Marshall’s Women in Comedy festival, which crowned her one of the top “new” female comics in the country. There she opened for Caroline Rhea at Symphony Hall and the show was broadcast on PAXtv. Included in the comedy show were a “head to toe” makeover that Stephanie would “prefer to forget,” and a behind the scenes interview with The View’s funny lady, Joy Behar, who exclaimed after watching Stephanie perform, “I have no advice for you, you’re great, a real natural!”

The Cambridge comedienne, who has been called the modern-day Totie Fields, also opened for another idol–comic pioneer Joan Rivers. She’s performed at such venues as the Berklee Performance Center, the Orpheum, the Wang and the Providence Center for the Performing Arts and appeared with the likes of DL Hughley, Colin Quinn, John Pinette, Jackie Mason and Elvis Presley (the Las Vegas impersonator).

Her funny take on life also won her an on-air gig with “The Inside Track” on 96.9fm Talk Radio where her shoot-from-the-hip opinions and hysterical antics would light up the studio switchboard every day and would earn her the title of “The Comedy Diva.”

Most recently, Stephanie not only starred in the Newport Comedy Festival but also appeared on BET’s Comic View at the Orpheum Theatre in New Orleans as one of its top new comedians or New Jacks. Stephanie and her husband Jeff The Chef have created holiday food segments for FOX25 News where they can be seen combining Jeff’s talent and knowledge of food with Stephanie’s design esthetic and quick-wit to make one of the most entertaining and funniest husband and wife television teams since Ricky and Lucy.

Stephanie’s “larger than life” stage presence and out of the ordinary looks” have also landed her many print ads and TV commercials, other television appearances include Bob Zany’s Comedy Spotlight, Access Hollywood with Pauly Shore, the Newport Comedy Festival on Fox, Who’s Hot on 56 and Chronicle’s Best of Boston. She’s also no stranger to newspaper readers. She’s regularly featured in the Boston Herald and has been profiled in the Boston Globe as “one of this town’s must-see.” Stephanie Peters is now a headliner and can be seen in comedy clubs across the U.S.

When she’s not entertaining, the Comedy Diva resides in her hometown with her husband, Jeff, a chef and Elvis, their cocker spaniel. 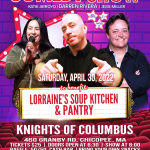