Join us on Friday, September 6, 2019 for a special one night of comedy direct from Showtime and Carole Montgomery!  Doors open at 6:30.  Show starts at 8 pm.

“If I had to choose between ageism or sexism, I’d take a pat on the ass any day, since that meant someone noticed me.”- creator Carole Montgomery

As seen on Showtime: Funny Women of a Certain Age is a show straight from the unfettered mouths and uninhibited minds of the funniest, most daring, most experienced people in comedy: the women that have seen it all. They’ve raised children both on and off the road with big hairy club bouncers cradling their babies while onstage. These women have stayed in comedy condos where you don’t want to use a blacklight on anything. They’ve been told women aren’t funny and asked to trade sexual favors for work. Trust us, they have A LOT to say, and they say it hysterically.

WOACA features a rotating cast of female headliners over the age of 50. Currently WOACA has a monthly residency in NYC at the Kraine Theatre on the lower east side. Some of the past performers include Janeane Garofalo, Nikki Carr, Tammy Pescatelli, Lisa Ann Walter, Judy Gold, Julia Scotti, Sherry Davey, Wendy Liebman,, Felicia Michaels and Leighann Lord. WOACA was a featured show in the 2018 New York Comedy Festival. 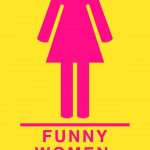 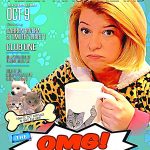