Laugh along with Comedian Kelly MacFarland as she Headlines The “OMG! It’s Only Wednesday?” Comedy Show on Wednesday, October 9, 2019 at CLUB ONE in Feeding Hilss, Mass. Featuring Darren Rivera and Timothy Lovett. Hosted by Jess Miller.

Give Back & Laugh At The Same Time!

This month’s show gives back Dakin Human Society for their amazing work with all of our furry friends throughout the year!  To get a discount for donating supplies to Dakin, bring in one or more of any of the following supplies and receive $10 off General Admission.

Use Promo Code FURRYFRIEND to get your discount, then bring your ticket stub and donation to the show.  We will check you in and get you seated for a super fun night out!

How To Get Your Discount:

To use the discount, order tickets online using the promo code. After you’ve made your purchase, bring your donation to the show. Check in at will call with your donation (must have at least one new item per ticket to receive the discount). 100% of items collected will be donated to our chosen recipient. For your convenience, we have included a list of supplies below).

How/When Do Organizations Get Their Supplies:

100% of ALL donations will be given to the organization we chose for the month.  We will post pictures on our Facebook page so you can see the results! 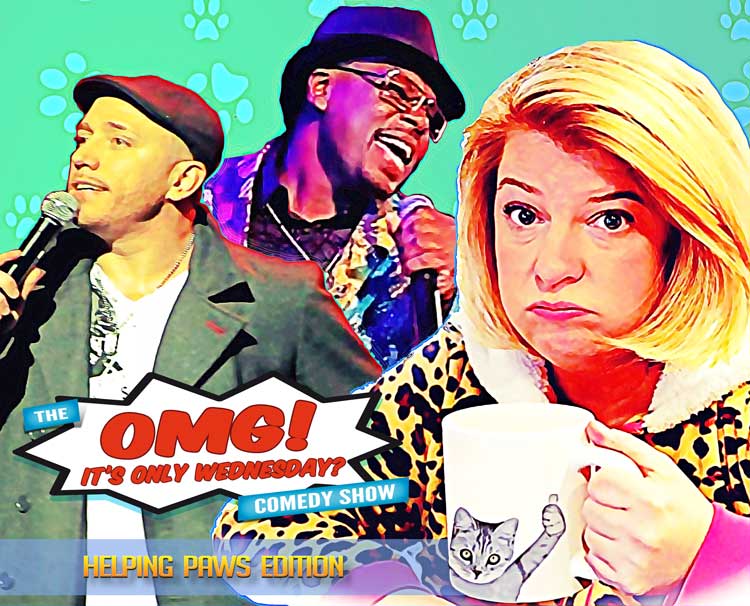 As an experienced stand-up comedian, Kelly has an extensive and well-rounded resume including comedy clubs, theaters, colleges, festivals, television appearances and entertaining US troops overseas. Kelly was first runner up in the Boston Comedy Festival and voted Best of the Fest at the Aspen Rooftop Comedy Festival. Kelly has two albums available on iTunes, Amazon and SiriusXM radio. She has performed at the Oddball Comedy Festival, the Comedy Stage at Boston Calling Music Festival, Lucille Ball Comedy Festival – National Comedy Center and has been a featured headliner for the Boston Women in Comedy Festival since inception. Kelly has appeared on Stand Up in Stilettos on the TV Guide Channel, The Today Show, The View, Comedy Central, NBC’s Last Comic Standing and AXS Gotham Comedy LIVE. Kelly won 1st place in the professional category of the 2016 Ladies of Laughter.

Kelly has been hosting and performing at corporate events all over the country for over 20 years. She has done extensive work with the American Heart Association (AHA) including keynote performances at Go Red Luncheons throughout the country, hosting multiple Boston Heart of our Mission Awards and the AHA’s Go Red Reception at the Women’s Day Red Dress Awards event in NYC. Kelly has been the keynote speaker for the Pittsburgh Women in Business Conference, Blue Cross Blue Shield and Metrowest Women’s Expo. Kelly has hosted the MITX Technology Awards, American Stroke Association Tedy’s Team Gala and the Metrowest Women’s Conference VIP Event. Kelly has entertained the Women’s Bar Foundation of Massachusetts, the Northern New England Energy Conference, Penquis of Maine, CASA of New Hampshire and many more!

Kelly is also an accomplished improviser and comedic actress. She has performed with Fred Willard, Laura Hall and has been a resident cast member of the ImprovBoston National Touring Company since 2014. Kelly has also appeared in the Boston Theater Marathon, the Dances with Films Festival feature film, The Sympathy Card and the award winning web series, Paid For By. Kelly is the host of the web series, Fit or Fad for Scripps Network. Kelly has also contributed to the Audible series, Sounds Like America and a finalist with her writing partner Dawn Smith in the 2019 HBO Pitch Your First Five Pages competition.

DARREN RIVERA, aka “The Rice and Bean Joker,” has been entertaining audiences for more than a decade whether it’s been colleges and universities or comedy clubs all across the United States. He has won WCCC Last Local Comic Standing, runner-up in Funniest Comic in New England. His brand of humor is sarcastic, witty and real to his life experiences. He has opened for Jo Koy, Aisha Tyler and Gilbert Gottfried. He’s originally from the Bronx, spent his adolescence in Bucks County, PA, and started his comedy career in Hartford, CT. Darren takes these life experiences and puts them on stage to entertain the masses..

Tim has entertained people across New England over 5 years. Since starting his comedy career in Massachusetts, he has developed into a strong-performing comedian. His style is witty and energetic, and he is easily relatable. Tim Lovett is a must-see.

Jess Miller, creator of The “OMG! It’s Only Wednesday?” Comedy Show is delighted to be working with Club One Entertainment and owner, Marty Fullwood, to bring comedy to the Hills of Western Mass!  She can be seen performing through out New England and the States.

Lineup subject to change without notice. 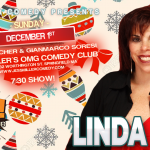