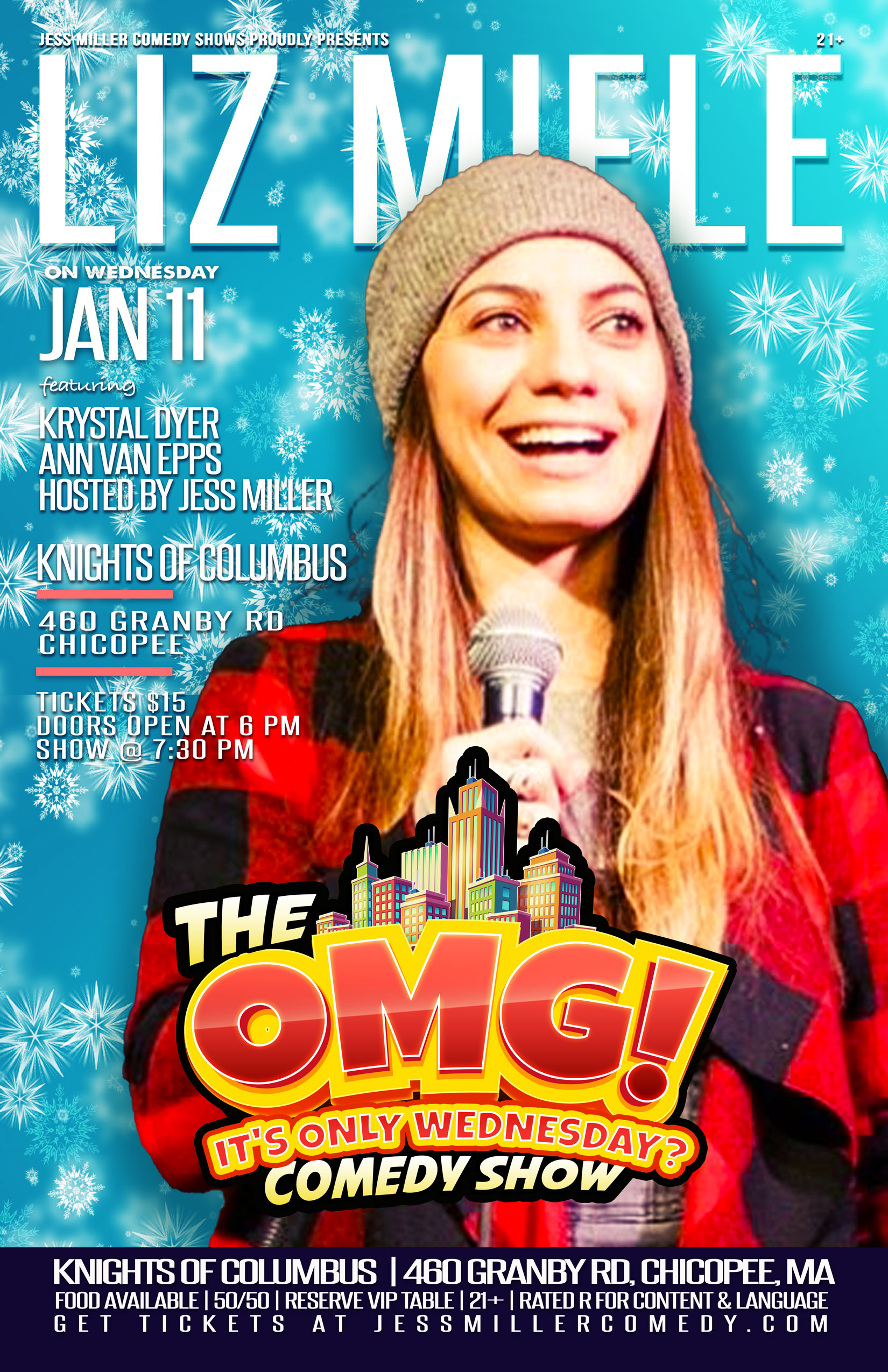 It’s baaaaaack! Our monthly “OMG! It’s Only Wednesday?” Comedy Show has found a new home at the Knights of Columbus on Granby Rd in Chicopee and we couldn’t be more thrilled!  We can NOT wait to see you!

Break up the week and come out and laugh.  It’s cold. Heating bills are high. There’s snow… Know what helps? Laughing with friends! Grab a couple of your best friends and/or co-workers and come laugh! Show starts at 7:30.  You’ll be home and in bed by 10 pm!

Donate a gently warn coat & get $5 off
💵 Cash Bar & 50/50 available.
🍟 Grab a burger or sandwich from the kitchen!
🎟 Tickets available online only!

About Our Headliner Liz Miele:

Liz Miele, originally from New Jersey, started doing stand-up at 16 in New York City. At 18 she was profiled in The New Yorker Magazine, at 22 she appeared on Comedy Central’s “Live at Gotham.” She’s also appeared on Comedy Central’s “This Week at the Comedy Cellar,” NPR’s “Wait Wait Don’t Tell Me,” Hulu’s “Coming To The Stage,” AXS TV’s “Gotham Comedy Live,” and was profiled in the March 2015 issue of Runner’s World.

She has several viral videos on Youtube, Instagram and Tiktok including jokes “Feminist Sex Positions,” “F*ck Finland,” and “London Cops Are Better Than American Cops” She regularly tours internationally and has three albums out on spotify and itunes plus her first special “Self Help Me” is free on youtube with over 1 million views. She just released her newest special, The Ghost Of Academic Future, also on youtube. Her first book, “Why Cats Are Assholes” was released in March of 2021 is now available everywhere.