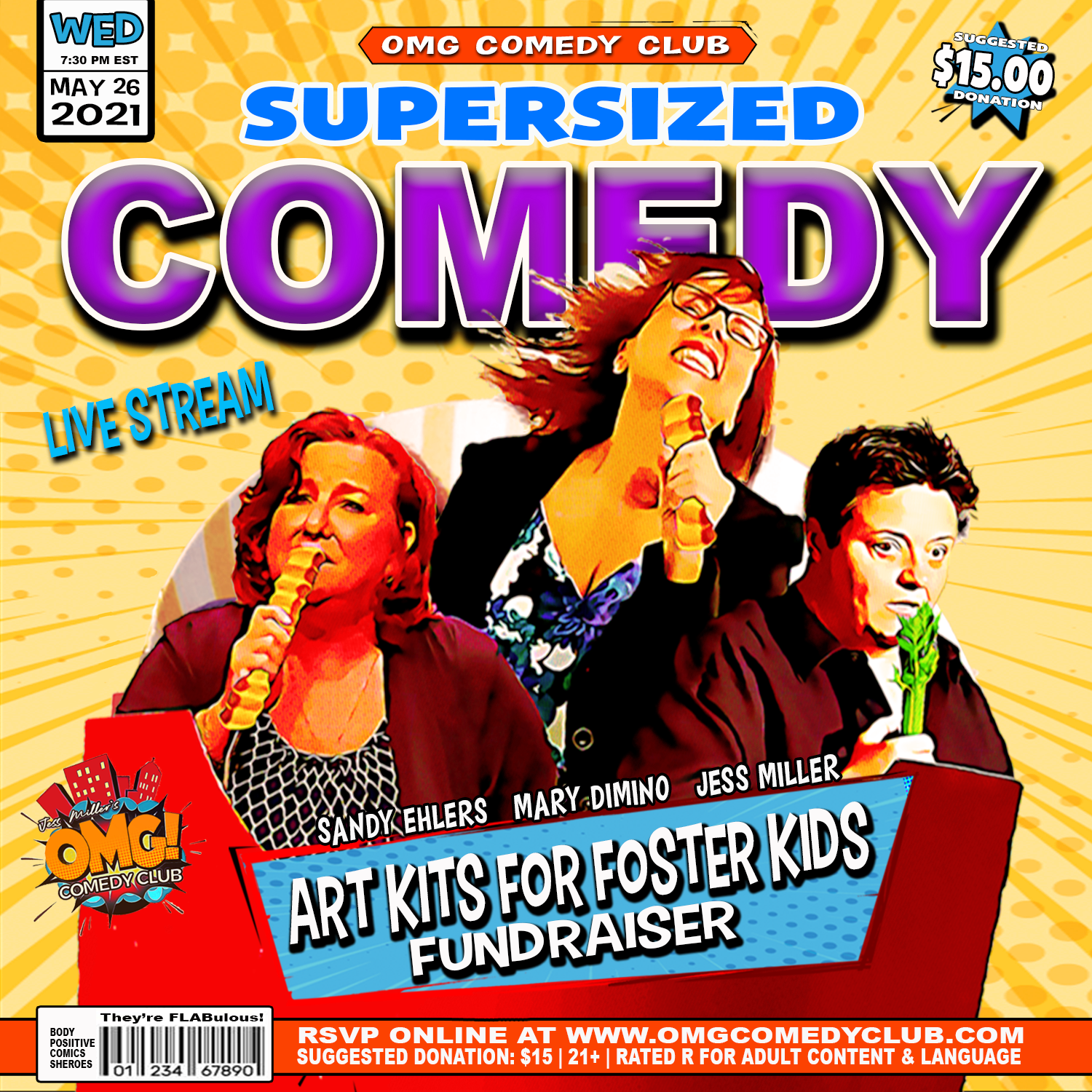 Fundraising is dear to comedian Jess Miller’s heart, who makes sure that “every show gives back to the community.” For Wednesday’s event, the funds will be donated to Arts Kits for Kids, with a goal of sending 500 art kits to 500 foster kids. The kits will include coloring books, crayons, sketch pads, markers, construction paper, glue sticks, and sidewalk chalk, along with other fun accoutrements.  Each kit ranges $15 and will be hand-delivered to fosters in the Western Massachusetts region, where there are currently over 2,500 children living in foster care.

Creating art is proven to expand a child’s ability to interact with the world around them and to provide a new set of skills for self-expression. Through art, children develop in social, cognitive, and emotional growth. As comedians and actors know intimately, nurturing a practice of imagination and creation is indispensable. “When a child is removed from their home, they are only able to grab some essentials, like clothing, and throw it in a garbage bag,” Miller states. “As entertainers, Mary and I know the importance of expressing yourself, and we want to give these kids a chance to be able to do that too, with something of their very own.”

Jess Miller is both an accomplished comedian and fundraiser who has

raised over half of a million dollars for non-profits, individuals, and various groups, included in her events were The Annual Toy Drive for Foster Kids and her current endeavor, Arts Kits for Foster Kids.  Miller

has performed in the Women in Comedy Festival, Boston Comedy

Chicks, Caroline’s on Broadway, Big Pine, and was a finalist in New York City’s Devil Cup Comedy Festival. Miller is a crowd favorite wherever she performs, breaking down barriers with her distinctive observations about being gay in America. Miller organized a long-running successful monthly show at the Hu Ke Lau, calling it OMG! It’s Only Wednesday? Miller’s comedy and kind heart reverberate loudly through The Kind Squad, a group she heads up, that works anonymously helping people in need within their individual communities.

Mary Dimino brings her humor to the event with her latest creation Supersized Comedy – They’re FLABulous! Writer and performer of two hit off-Broadway one woman shows, Dimino is no stranger to creating art, be it theater or stand-up comedy.  Dimino’s SCARED SKINNY: A One (hundred-pound lighter) Woman Show, won the Overall Excellence Award for Outstanding Solo Show in The New York International Fringe Festival. Her follow-up solo play, BIG DUMMY: Me & My Old Man ran on Theatre Row where it won a United Solo award. Mary Dimino is a familiar face on television, her credits include being the studio warm up comic for Comedy Central’s The Graham Norton Effect, NBC’s Today, FOX’s Laughs, The Dr Oz Show, sketches on The Late Show, and dozens of national commercials. Dimino is a MAC winner for Best Female Comic and recipient of a Gracie Allen award, presented by American Women in Radio & Television, for her documentary work with PBS.

Every morning at 8:30 am, you can catch her live on Facebook’s streaming platform.

The three comics have in common their humorous ups and downs with obesity, their love for the art of stand-up, and their extraordinarily generous hearts.  Supersized Comedy – They’re FLABulous! will explore perceived beauty standards in society through stand-up, story, and eccentric characters. Let this treat of a trio lighten your day, while you lighten the life of foster children around the community. Mark your calendars for an OMG Wednesday.

Donate by mail via check payable to: JMC Entertainment, Inc 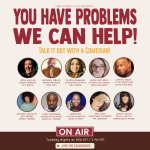 You Have Problems, We Can Help! 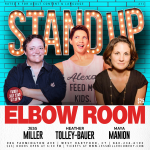