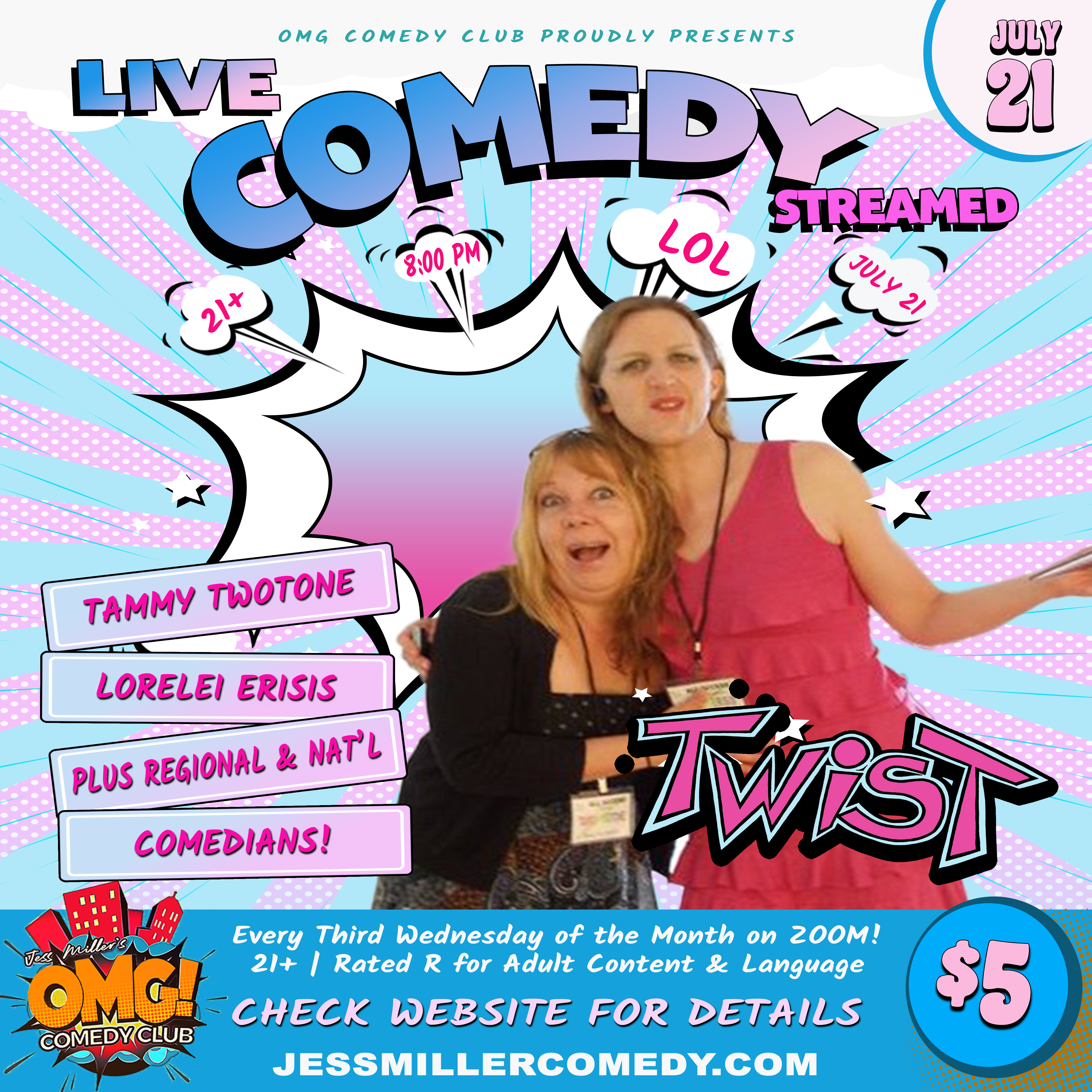 A night of laughs from a unique perspective and twisted sense of humor featuring regional & national comedian across America. Trans run & produced show featuring Tammy TwoTone & Lorelei Erisis. Enjoy from the comfort of your home.  This show is Live via Zoom! 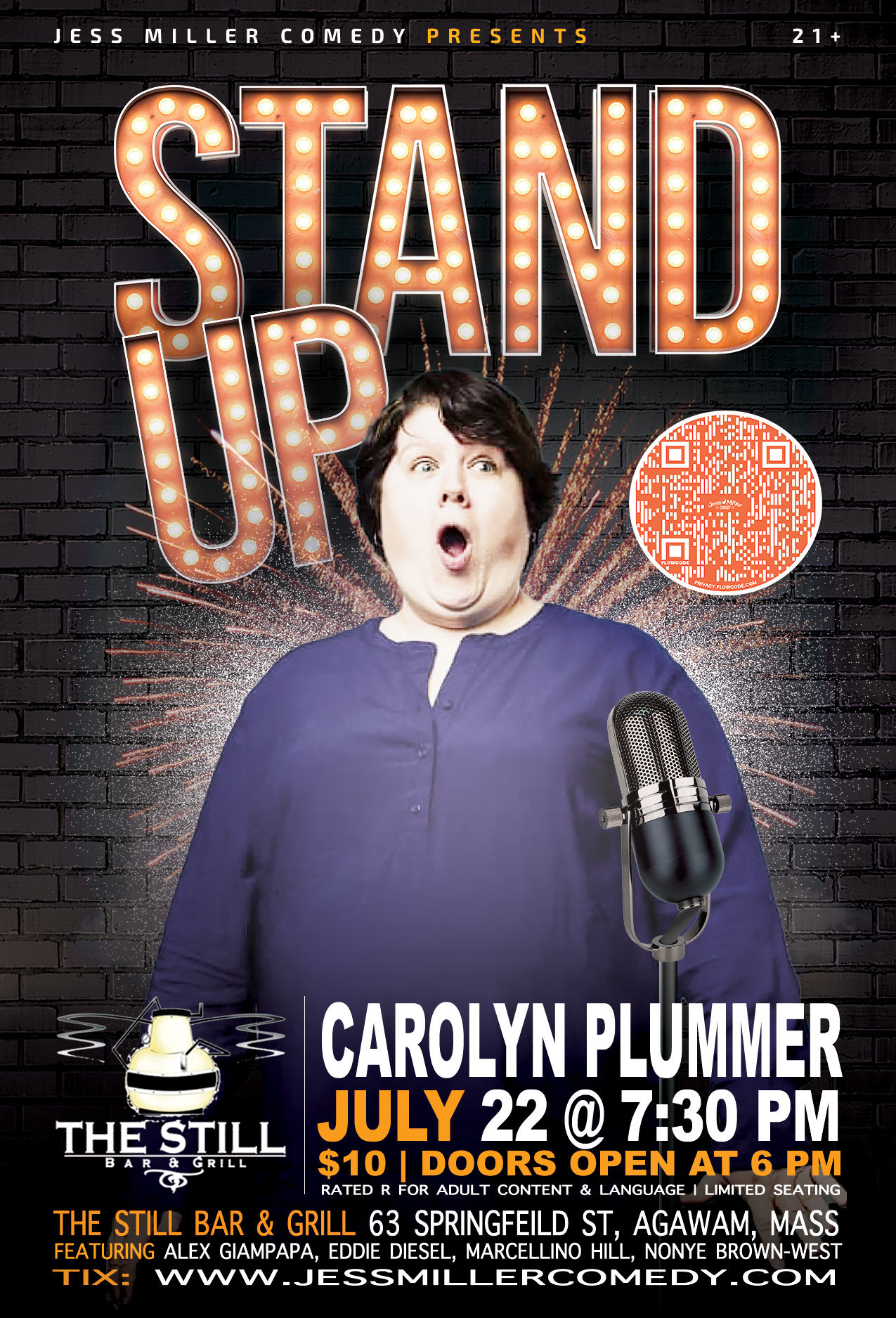 Carolyn Plummer.  God help us.  Some comics rely on the monumental events of the day or the faux pas of the rich and famous.  Not Carolyn.  Carolyn pulls material from the hum-drum, day-to-day monotony of the life of everyman; and she does it well.  To Carolyn the monumental is easy... it's our existence that's so hard, yet so ridiculous.  Some women look in the mirror and complain that they aren't pretty enough, not rich enough, not young enough.  Carolyn gives her reflection the finger. 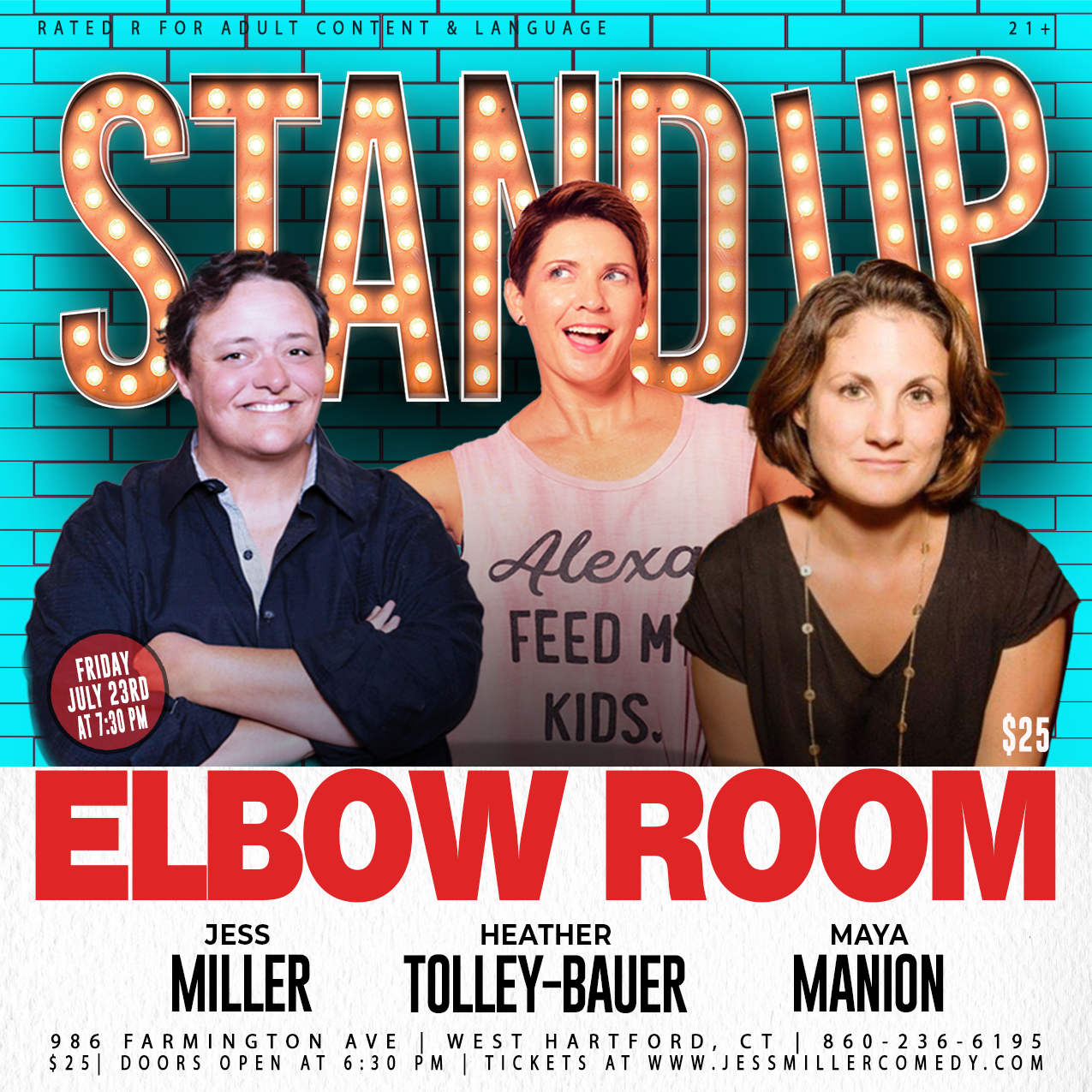 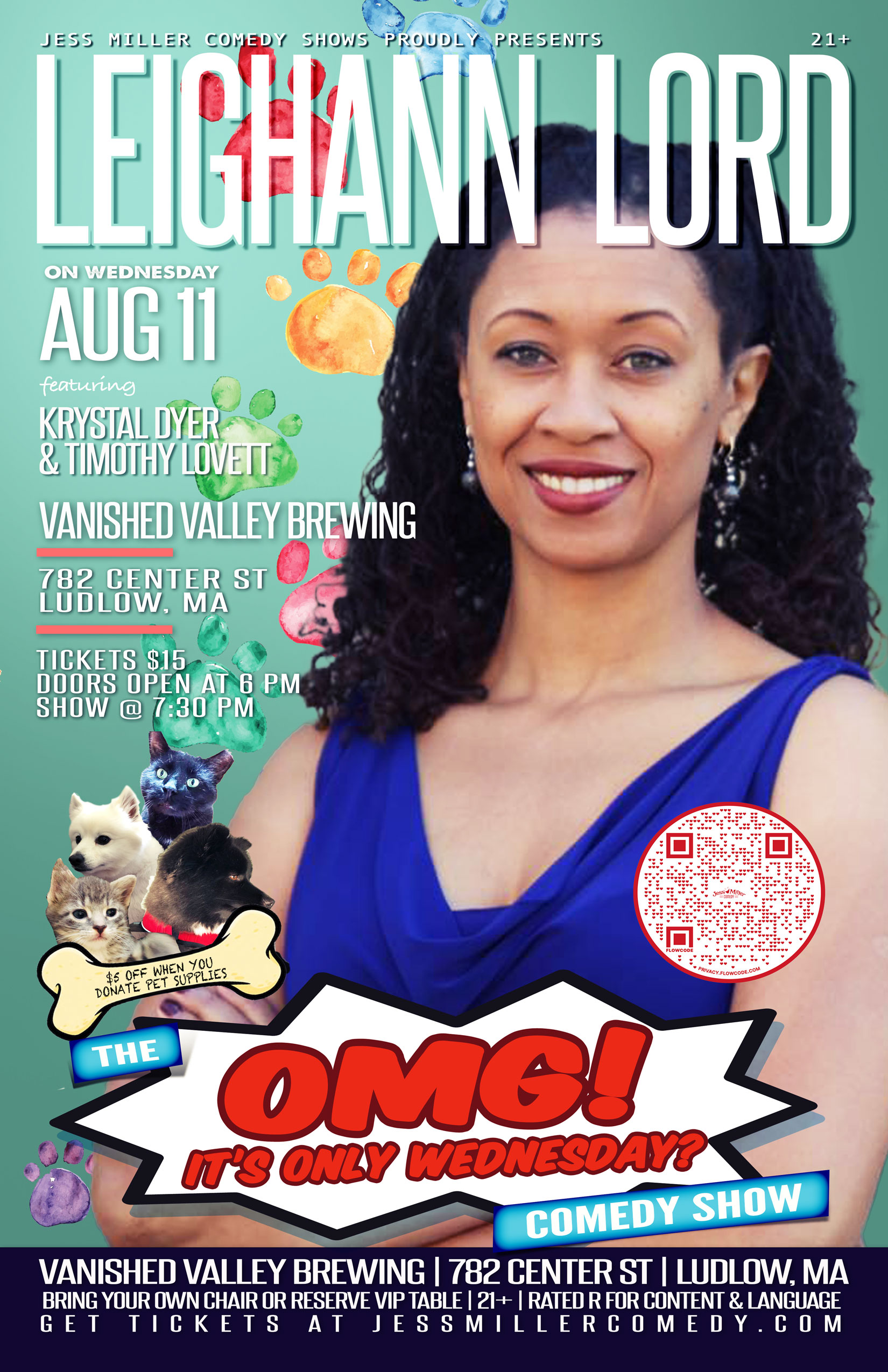 Jess Miller Comedy presents The "OMG! It's Only Wednesday?" Comedy Show at Vanished Valley Brewing in Ludlow, Mass on Wednesday, August 11 at 7:30 pm. Outdoor comedy show featuring Leighann Lord (Comedy Central), Krystal Dyer (Mohegan Sun) and Timothy Lovett! Bring your own chair or grab a VIP Table under the tent! Tickets are $15 per person. Bring pet supplies with you for a discount! #comediansgiveback 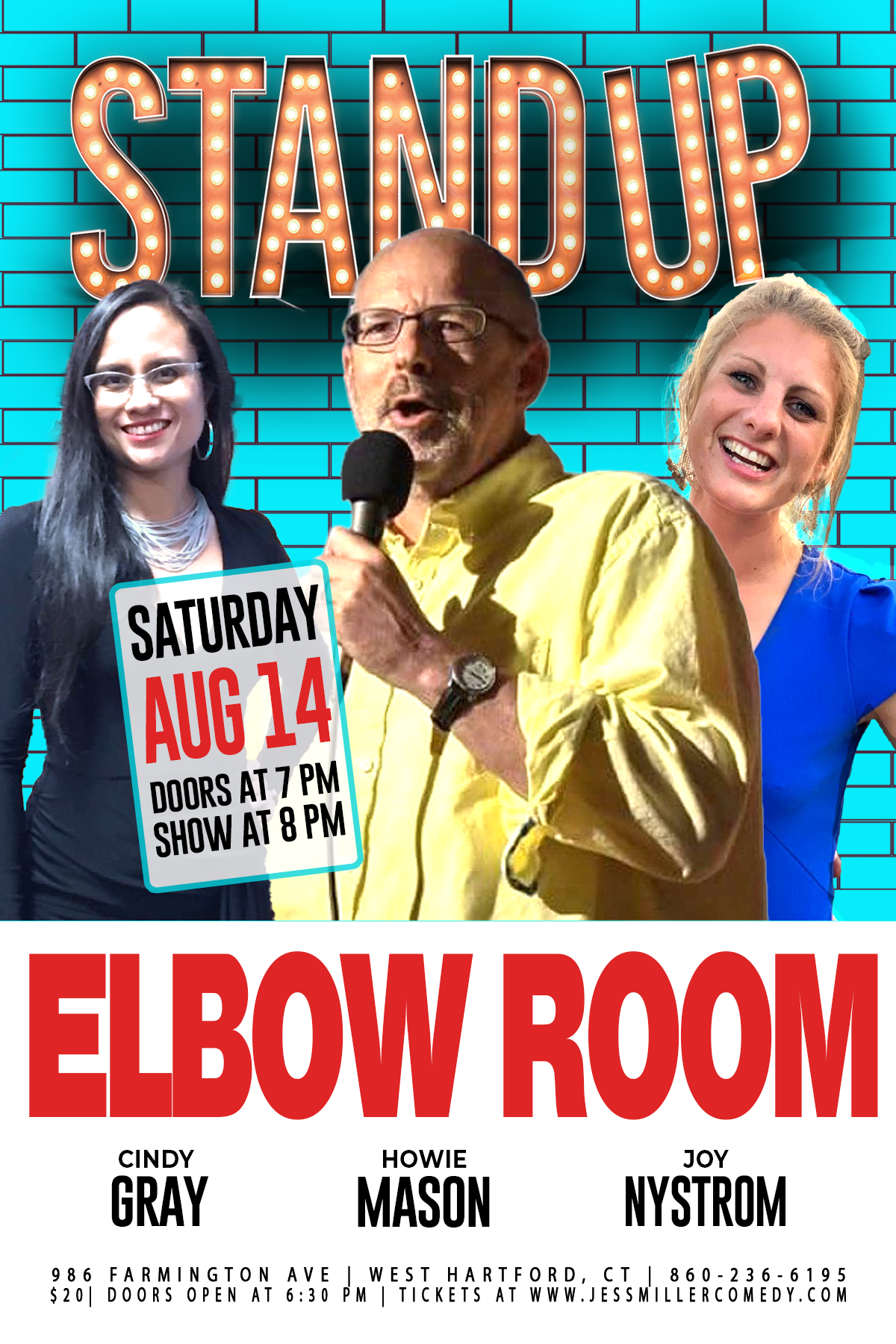 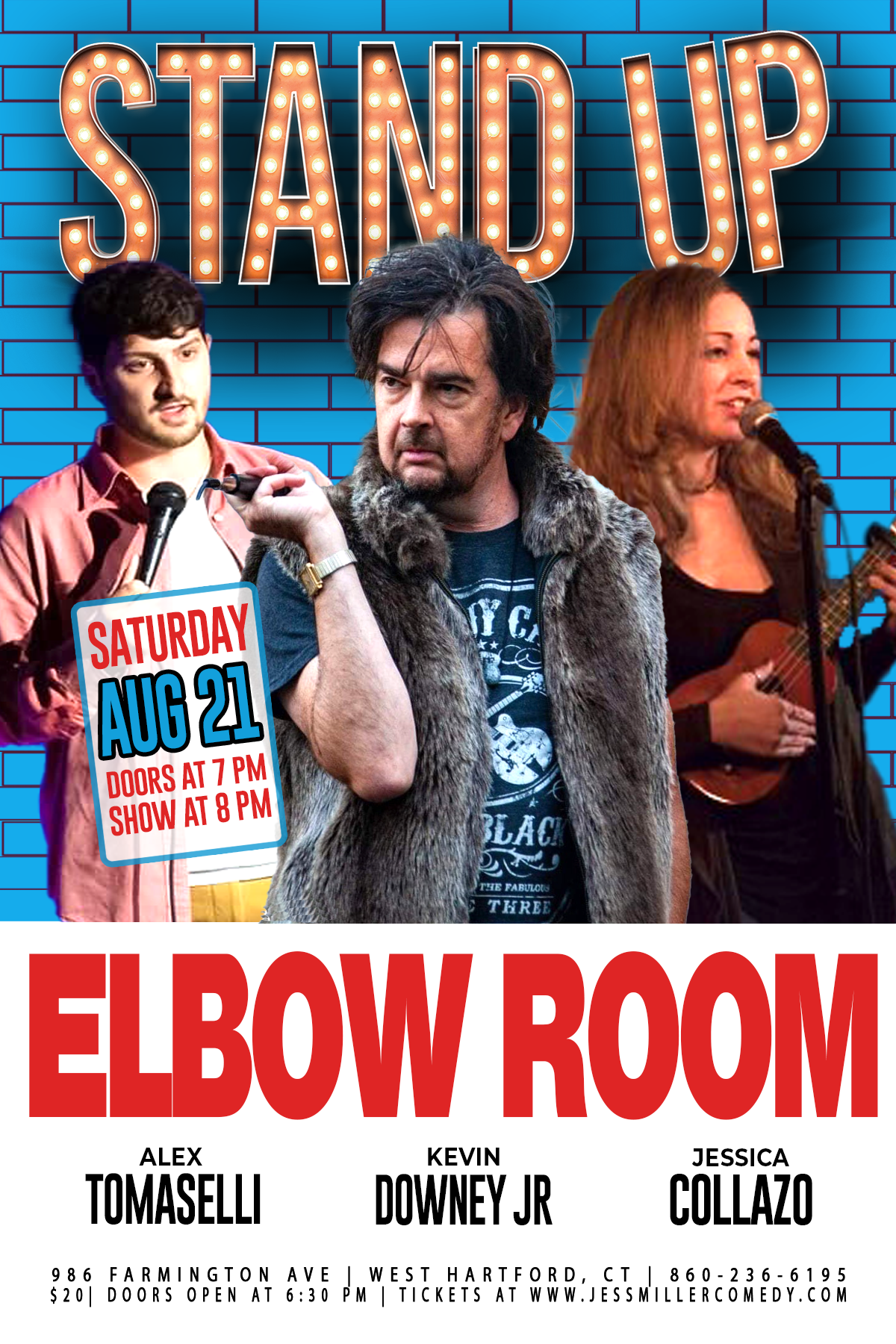 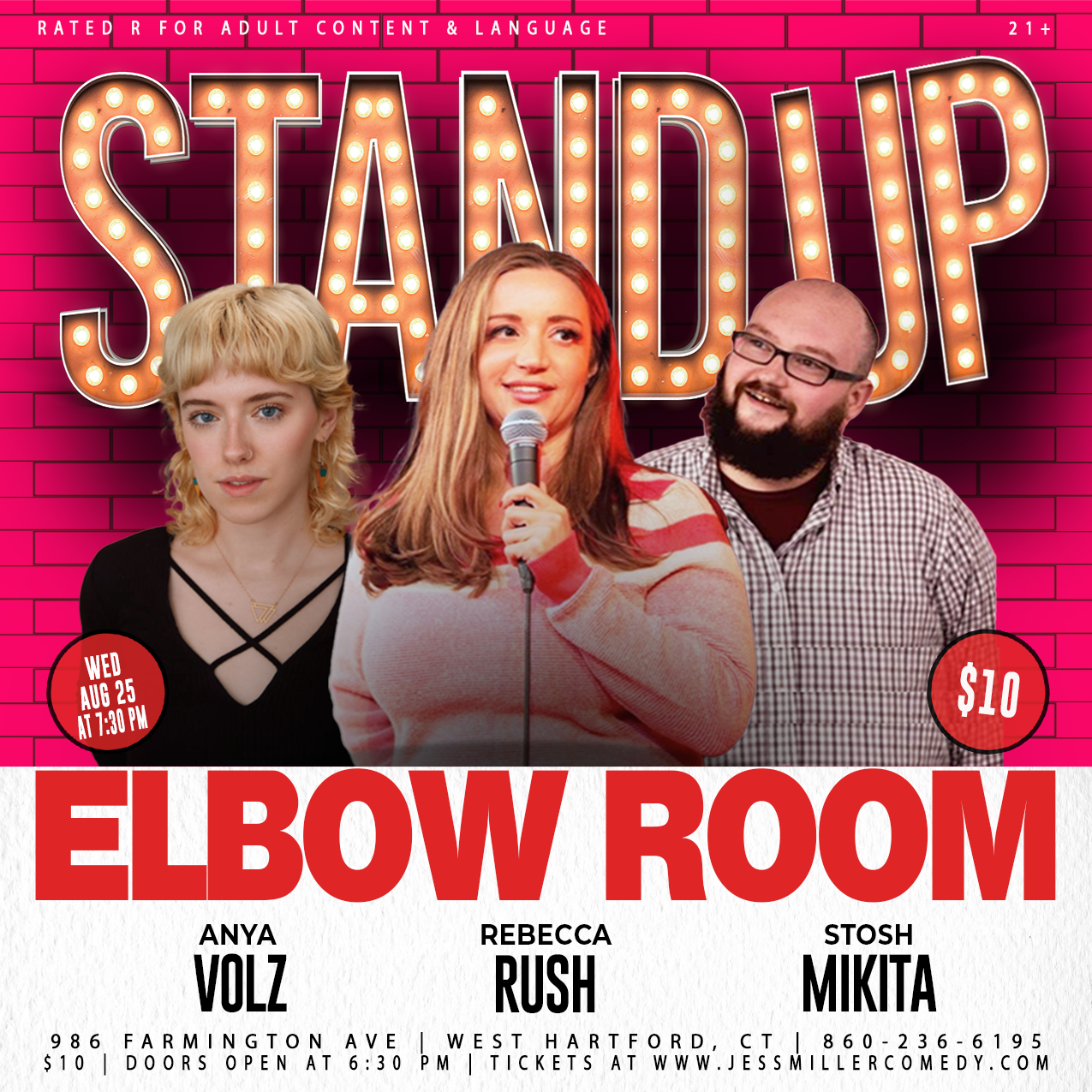 This show has been cancelled. If you ordered tickets, we will make every attempt to contact you to transfer your tickets to another show or issue you a refund. If you don’t hear from us, please contact us using the contact page. Thank you for your understanding. We appreciate your continued support! Jess Stand Up […] 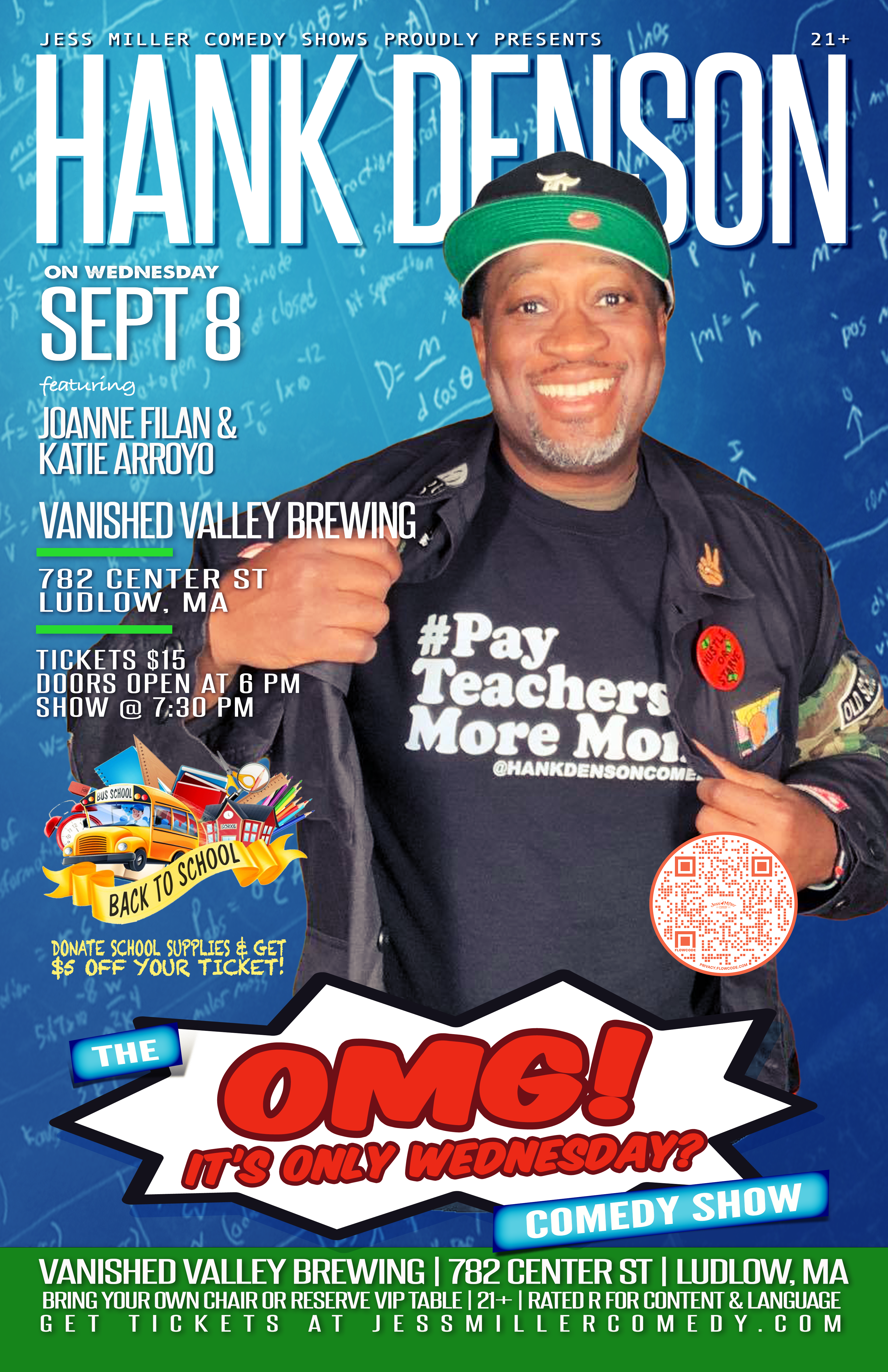 Hank Denson, an Atlanta based comedian, has been making a name for himself on the comedy circuit for the past 10 years. He’s a friend to your favorite comedian, having opened up for Jamie Foxx, Cedric the Entertainer, Amy Schumer and Rodney Perry. Hank appeared in Barbershop 3 and has a role in the upcoming Tupac biopic, All Eyes on Me. 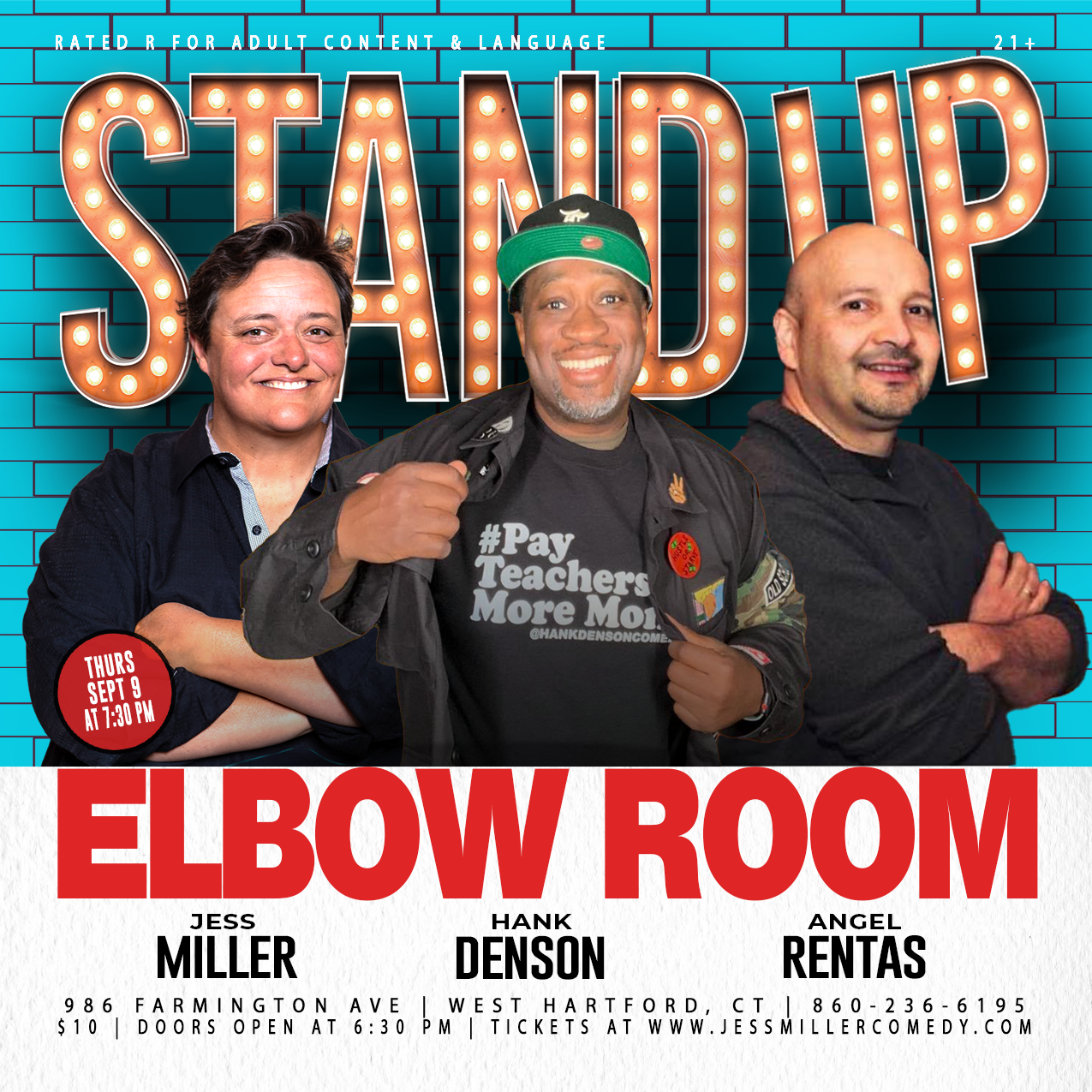 Come for some laughs and enjoy some great bites! Limited seating. Tickets are only $10! Please be prepared to show your vaccination card. All CDC, State & City protocols for Covid will be followed. 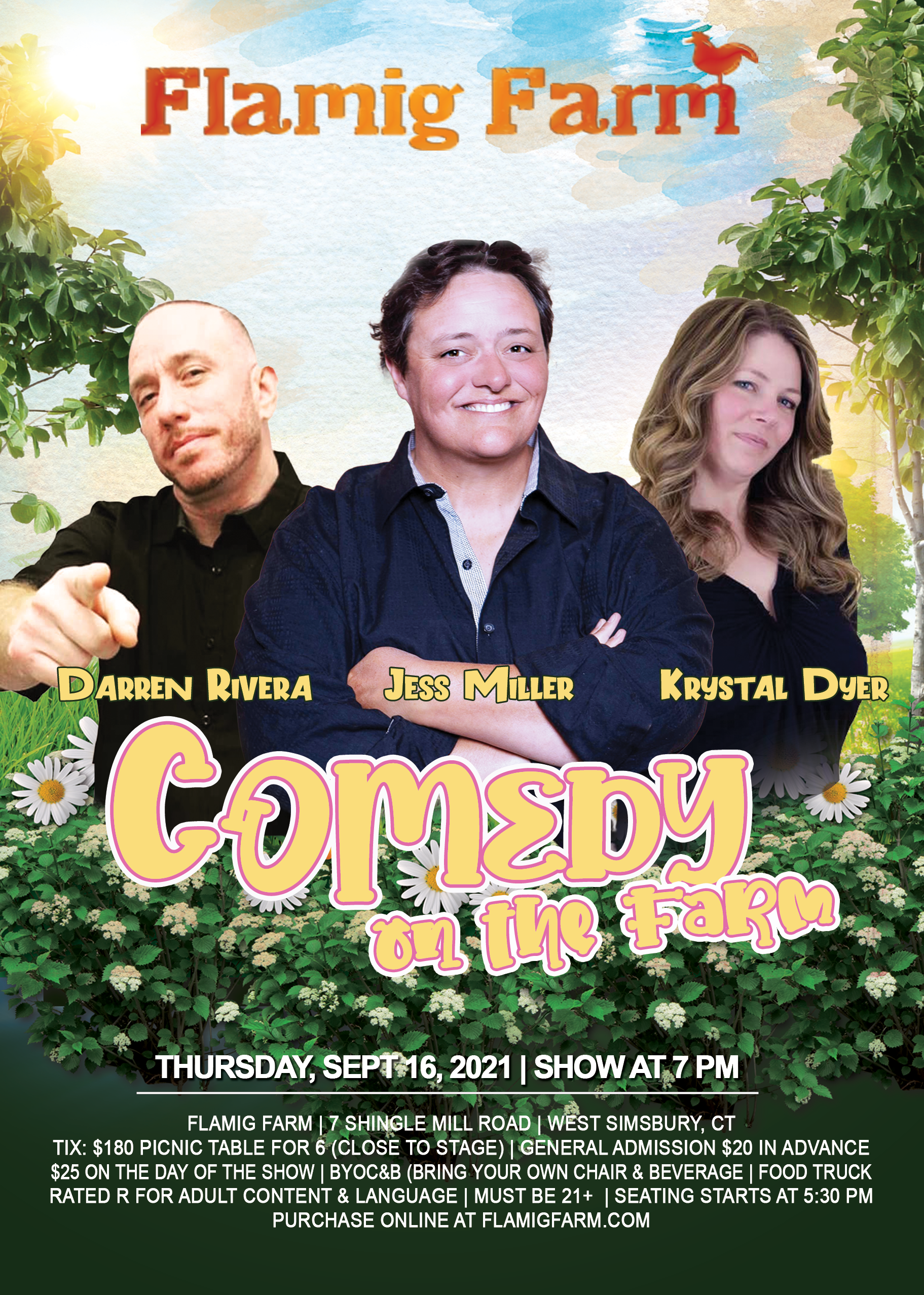 Outdoor comedy show at Famig Farm in West Simsbury, CT! Featuring Krystal Dyer, Darren Rivera and Jess Miller Tickets: $180 - Picnic table for six (6) - close to the stage $20 Advance Ticket Purchase $25 On the Day of the Show BYOC & B (Bring your own chair & beverage) Food Truck will be […]